30 Jan 2015, Singapore ? W. Atelier invites us on a journey of quiet introspection with the launch of its latest collection, the TOTO Toja series, designed by acclaimed Indonesian product designer Alvin Tjitrowirjo, who has worked with the biggest brands in product design including Volvo and BMW. His collection for TOTO has its name borrowed from the ancient language of Sanskrit; Toja means water, alluding to fluidity and clarity. The state-ofthe-art faucets, washbasins, toilets and shower systems express Tjitrowirjo's trademark thoughtful sophistication, and are explorations of form that also cater to the needs of modern, design-driven spaces. 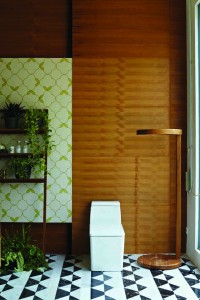 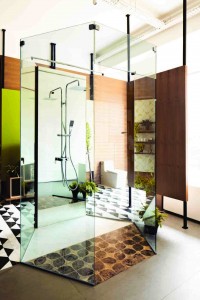 Contemporary bathroom spaces are, according to Tjitrowirjo, "no longer a forgotten nook in the back of the house? and they reflect the owner's lifestyle as much as the living room does". Noting that "people now live in cleaner, less ornate environment(s)", the Melbournetrained designer intended the Toja collection to be a response to the spirit of the times, reinterpreting the way people behave within living spaces.

The shower systems for example, bring the great outdoors in, channeling the clean crispness of fresh grass and the hum of a waterfall in one sleek, responsive lift of a handle. The washbasins and toilets come in geometric forms that are versatile enough to work in a range of interior styles, yet clearly identifiable as a component of the Toja series. The faucets are inspired by the supple, sinuous properties of water, and have graceful lines that are meant to complement the harder edges of the washbasins.

Displaying an innate understanding of style and what it means to live in modern times, Tjitrowirjo's work on the Toja collection marries form with function, creating new expressions of a better-designed future.