28 May 2015, Singapore – . In celebration of the 60th birthday of the Series 7™, Arne Jacobsen’s 1955 Fritz Hansen masterpiece, all seven well-known figures have each been given the iconic chair and free rein to work their magic in transforming it as they please, as long as the chair’s form is preserved. The project has been named “7 Architects x Series 7™”.

All participants have until mid May to modify the chair, after which the unique, one-of-a-kind pieces will be exhibited at the Republic of showroom from 28 May to 30 June 2015, the Singapore Indesign Intimate event at the National Design Centre from 9 to 10 July 2015, and various venues around Singapore until end 2015. . An exercise in the perfection of shape, it is a further development of Jacobsen’s earlier work, the Ant™ chair.

The seven taking part in the project include , who introduces “slip-on”, a subtle additive element to complement the chair that he hopes will eventually be commercially viable; , whose “Kamæleon”, pays tribute to the adaptive qualities of the Series 7™ with an eighth layer over the original seven timber veneers, skinning the chair with a mirrored chrome film; and , who conceived a “branded villa” named the “SERIES 7 Villa”, inspired by the curvaceous laminated plywood element of the chair. dreamt up the dramatic “Series 8,9,10,11….. (Experiment on Curves vs Light)” that probes the post-industrialised future of the Series 7™ in the next 60 years.

transformed the back of the “Anywhere” chair with a mirrored surface, allowing the piece to “dissolve” and “merge” with the environment; while created “Au15.75”, featuring a new skin for the classic that emphasises the iconic silhouette with an unexpected twist in material. fashioned the “Horizon Chair” that incorporates rungs of ladder to the frame, creating a really tall version of the chair. 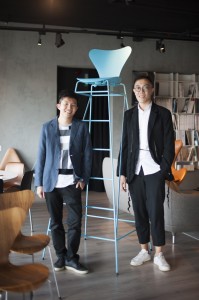 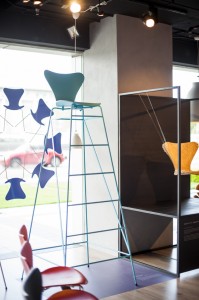 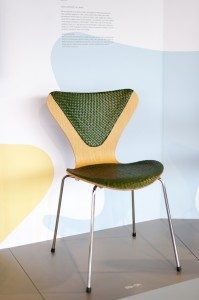 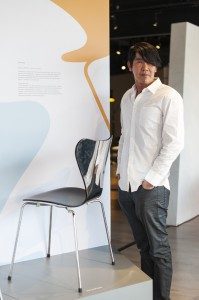 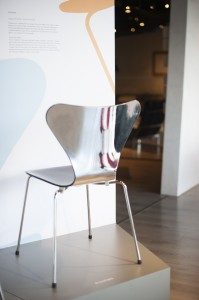